John Mayer met up with Ari Shapiro from NPR on Thanksgiving day for a live interview. The link is below for those of you who were too busy with family or unable to tune in to NPR. It’s a nice little 22 minute interview with some live songs from Paradise Valley & one flashback! We learn that John Mayer & I have the same favorite food at Thanksgiving dinner & the one word you never want John Mayer to say to you if you ever meet him! LOL Enjoy & I hope you all had a nice holiday!  I hope this link works!

Just a quick reminder you have until midnight EST to get you photos of “who or what you love” on to Instagram to qualify for the flyaway getaway! That’s just under 90 minutes from right now! Don’t forget to hashtag #bklovesmayer !
It’s a great contest & supposedly John Mayer is choosing the winner himself!
Good Luck Lovies!

Oh boy, this lady is a hoot! lol   And wtf is she talking about romancercise to Paper Doll??????? Poor John Mayer!

By now you’ve all realized that I am just mad about John Mayer. I’ve even listed you 50 reasons why I love John Mayer in a previous post, but I’m about to make it all as simple as I possibly can for you. There are 3 main reasons why I simply adore John Mayer: his music & talent, his undeniably ravishing good looks & charm, & most importantly his wit & unmatched sense of humor! Does anyone stand to question any of these reasons? I thought not. You are after all, here of your own free will leading me believe you don’t truly think he’s a douche (at least most of the time).

I spend a great deal of time searching around for these old videos. They never fail to amuse me & I hope you enjoy them as well. I’m always hoping & praying that this “younger, mischievous, & more carefree” John Mayer isn’t lost forever! We all have to grow up, but where is the fun in being serious all the time? I’ve heard people toss around several reasons for what seems to be a change in John Mayer’s personality:  influence from his latest love Katy, his PR people telling him to zip it, simple maturity. Now these or any number of other reasons could be behind the change we’ve seen in JM‘s demeanor as of late. I can tell you this, however, we have seen a glimpse or two of the old John Mayer here & there throughout this tour.  It’s refreshing & uplifting to know the old John Mayer is still in there somewhere.

Whenever someone shoots out one of those “If you could hang with anyone” questions in an attempt to analyze a personality my answer is always John Mayer! No hesitation, no pondering, John Mayer is the #1 person I would love to sit down & get drunk with or just chill, but I think he’d be real fun while having a few cocktails! Don’t you? I can tell just by going back & watching the videos of his interviews & concert footage, not to mention the ones like the hologram video & this one below! I’m not sure there is anything about John Mayer that I dislike. I can say this because I don’t really know him in a day to day relationship, but also because I think he can be forgiven for almost anything he says or does. He makes it all so damn funny that it doesn’t matter how offensive or politically incorrect it may be! I love it!!!  (funny moment:  I wrote this post about a week ago & have kept it in my drafts & didn’t someone ask JM who he’d want to hang out with!  lol  of course he didn’t give a serious answer)

So, I told you about John Mayer starting this “Dashboard Confessions” Q & A session on Tumbr last night.   Gave you all the info. well in advance. You had a considerable amount of time to ponder the “perfect” question.  Did it keep you awake at night contemplating whether or not you should ask John Mayer a serious question or appeal to his more cheeky side & go with something witty or fun? Were hours spent mulling over the perfect thing to say? Did you nervously wait counting down the minutes until John Mayer himself might possibly answer your question? Only to see John reply to questions like: “Were you a good singer since you were a child?” , “Do you prefer your hair long or short?”  & “Did guitar playing come naturally or did you struggle?”   Then to add insult to injury he answers 2 questions by the same person more than once!

Ok, so maybe your anticipation (or mine) is a little bit exaggerated above, but you get the point.  Morgan & I were so curious as to how this was going to play out.  I figured JM would take some serious questions & some more lighthearted ones which he did & even used his glib talents to make a few funnies here & there.  This is great!  We love this John Mayer!  We accept & treasure him any way we can get him whether it be formal or fresh, but we only had one hour & I felt it may have been a bit wasted at times.  With that I don’t mean he wasted my time so much as wasted what could be valuable Q&A time.  As his devoted fans we know he developed his singing much later than his guitar playing & we also know that he spent insurmountable hours learning & practicing to play guitar.  Not that he doesn’t have a gift, because he obviously does, but we know he wasn’t composing at the age of 5.

So all in all, there were some pretty good questions & then some not as good questions answered.  I guess that’s the way it goes.  lol  He took a pic for someone & made me chuckle a few times.   Starting promptly at 7pm EST he filled the full hour plus a few minutes.  There is something to be said for a man who is prompt & doesn’t leave people lying around waiting for him.  And surely people would wait for our beloved John Mayer!  Well you might, but I have serious issues with tardiness.  It is my biggest pet peeve!  I must add here that we never waited for his shows to start either, very impressive!  I love that!!!!  (but I still might wait just a few minutes for John Mayer, I Mean come on, he’s John Mayer)

If I adore him so much why then, do I always seem to be criticizing our poor John Mayer?  I feel like I’m always bitching about him & I’m not sure why.  Well of course in my world I would be getting my questions answered & my pictures noticed.  Perhaps that’s all it is,  a bit of jealousy & sometimes I’m not sure it’s even his fault (Patrick!)!?!  Without a doubt that’s definitely part of it, but at least I can admit it!  lol

So what was my question for John Mayer, you ask?  Well knowing me, I’m sure you can figure out it was nothing too serious & probably a bit brash!  However, I’m not going to tell you.  I’m going to continue asking the same question each time he does one of these little Dashboard Confessions & see if I ever get answered!  They did make it sound like it would be something that happens again, but didn’t give any clue as to how regularly.

This is the end of the session.  Sweet & friendly he appears genuine.  Let’s hope he’s back soon!!!!!!

One last thing:  John Mayer announced today that he’d be switching his Instagram account from mrjcmayer  to the previously PR overseen account of  johnmayer.  He also promises to post more often!  I think that little Tumblr session retweaked his internet addiction.  That’s just fine with us!!!!!!!

Let us know what you thought of the first installment of Dashboard Confessions from John Mayer on Tumblr!

Just some random pics of John Mayer for you to enjoy! All are borrowed & not my own personal photos! 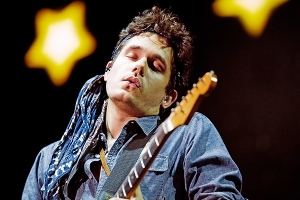 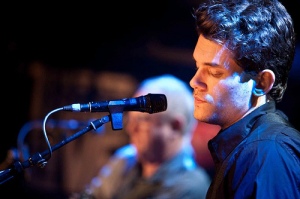 We see that John Mayer writes a great many songs about specific people in his life. Of course people write songs about that which influences their daily lives & we see tons of songs with names in them either the title or the lyrics. Since I have been a wee lass I’ve always been seriously miffed that there was no song for me! No “Stephanie” song! I am a music enthusiast & have spent many long both drunken & sober hours searching for a Stephanie song, but sadly breaking my wee little heart, there was none to be found. Until my dear friend, Paul LaQuintano who is a local singer/song writer here in North East Pennsylvania & front man for the local band affectionately known as SC@P (Slow Children At Play) wrote ME a song!!!!!!! We work together & sometimes it’s a tough place.  So it’s a song kind of referring to that. There is no mushy love junk, Paul is a married man! It’s a catchy little ditty & it makes me feel all warm & fuzzy inside & extra special to be able to say, “this is my song!” So here it is, I may have posted it a long time ago, but I don’t remember (too much vodka when I was younger.) If It is a repost I apologize, but it’s worth giving a second listen just cuz it’s mine!!!!! And I forgot to mention…Paul is almost as cute as John Mayer & costs me much less money! Plus I’ve got no doubt if I knocked on his door he’d let me in! Perhaps I should make my blog about Paul? NO, he certainly wouldn’t like that, but he does secretly like John Mayer!

Here’s the link to “Song for Stephanie” by Slow Children @ Play
Savor it. Envy it,  Admire it. Enjoy it.

This is funnier than hell & definitely rates in my top 5 John Mayer videos!!!!  I love that he has such a great sense of humor he can do these kinds of things!

I swiped this from John Mayer’s PR news for anyone interested. Pretty cool!

As a way to connect fans, John Mayer is excited to invite local artists to showcase their work on the upcoming tour! Each show will be a chance for one or two local artists to share their work with fans in their community and bring a unique, local element to our shows. Interested artists can apply by filling out the application @ https://docs.google.com/forms/d/1ZiWYoL1UKp7OBTMC55IC_mhtjYD7pWEKZx6eeiO_XBI/viewform .

Spaces are extremely limited, so if interested, apply ASAP!

Below is a link to the latest John Mayer giveaway!!! This one is inspired by John Mayer’s new single Who You Love & is a pretty big deal! Winner gets 2 tickets, a meet & greet, airfare, & 2 night hotel stay to go see JM in Brooklyn, NY on December 17. How freaking awesome is that?!?!? I’m so flabbergasted I can’t even come up with something to say besides awesome.  Sorry,  I’m fucking lame!